President Trump Must Stop Trying to Suppress the Black Vote

President Donald Trump is once again using his position as President of the United States to send law enforcement and other officials to the polls on November 3rd , Election Day. These actions are not only unnecessary but a direct and apparent way to suppress the Black vote.

In recent weeks, Trump and his allies have claimed the results of the election will not be accurate with mail-in voting amid the coronavirus, despite the lack of evidence. This assertion couldn’t be further from the truth. Instead, it takes us back to the days of Jim Crow laws when Blacks were subject to violence, literacy tests, and poll taxes in order to vote.

Sadly, in those early days, some who dared to exercise their rights at the polls lost their lives. History is littered with their stories.

In February 1965, Jimmie Lee Jackson attended a civil rights march in Marion, Alabama, to protest the jailing of fellow activist James Orange. The march was violently broken up by members of law enforcement. Mr. Jackson, along with his mother and 82-year-old grandfather, sought refuge in a nearby café. Alabama state troopers entered the café and attacked the protesters including Jackson’s mother. Jackson attempted to protect her and was shot to death by one of the state troopers.

Later that year, Jonathan Myrick Daniels, an Episcopal seminary student from Cambridge, Massachusetts, traveled to Hayneville, Alabama, to help register African Americans to vote. He was arrested at a demonstration and briefly jailed. Shortly after his release, Daniels was shot to death by a sheriff’s deputy.

There is also a documented history of members of law enforcement partnering with white supremacists and using violence and intimidation to suppress the Black vote.

An example of that is the murders that took place during the 1964 Mississippi Freedom Summer Project, which we must never forget. In June 1964, James Chaney, Andrew Goodman, and Michael Schwerner were volunteering in Mississippi to register African American voters. On June 21, on the way back from investigating the bombing of a Black church in Neshoba County, the three men were pulled over by law enforcement. They were jailed, released hours later, and never seen again. Their bodies were found six weeks later in an earthen dam outside Philadelphia, Mississippi. The three young civil rights activists had been brutally beaten and shot. The FBI investigation revealed that the Ku Klux Klan, Neshoba County Sheriff’s Office, and members of the Philadelphia Police Department were involved in the murders. 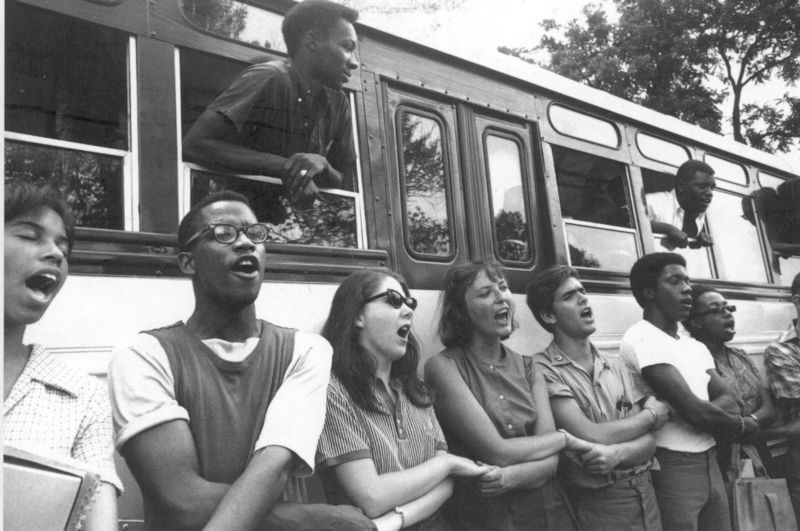 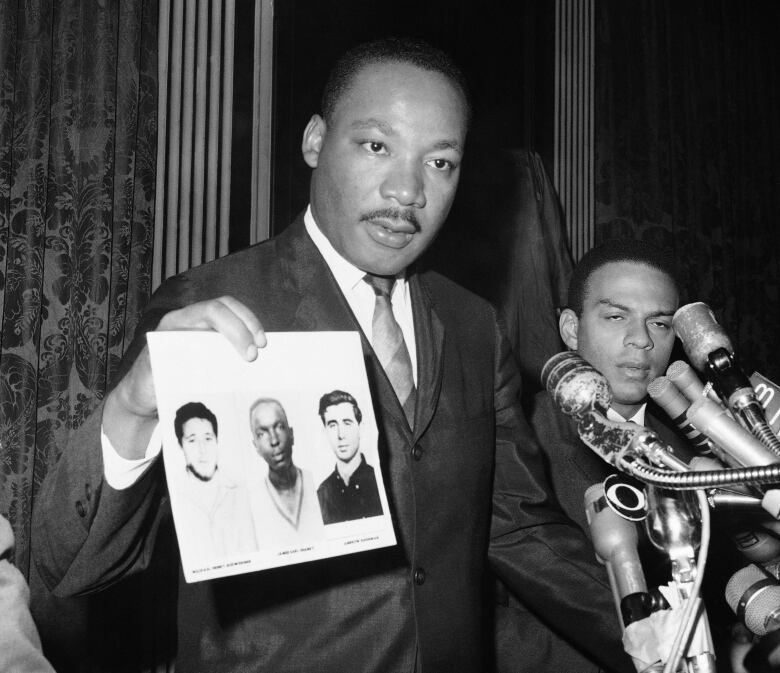 But intimidation is not a thing of the past. The Brennan Center for Justice, a nonpartisan law and policy institute, found that during the 2016 presidential election, voters reported being intimidated by police officers at polls in a number of cities, including Orange County, Florida; Greene County, Missouri; and Denton County, Texas.

Now, in 2020, Trump threatens to send sheriffs, law enforcement officers, U.S. attorneys, and attorneys general to polling locations to “guard against voter fraud” during November’s presidential election. Despite lacking any evidence of significant voter fraud, Trump is misusing law enforcement once again, to dispatch and use force and intimidation, under the color of law, to suppress the Black vote.

Make no mistake, Donald Trump is a fascist authoritarian who has displayed time and time again that he has no interest in protecting or preserving America’s democratic election process. From his rallying call to law enforcement to his attack on the U.S. Postal Service, Trump has shown he will stop at nothing to disrupt our election and retain the White House.

What can we do about it?

What steps can we as citizens take to protect our civil liberties, specifically our right to vote this Election Day?

Local law enforcement leaders and prosecutors can scrutinize every arrest made or citation issued on Election Day. Also, let me encourage my fellow attorneys and prosecutors to reach out to their communities and networks to protect the vote by spearheading voter education workshops, volunteering on Election Day to monitor polling stations, and more.

If there was ever a time to have our voices heard at the ballot box, it is now. So let us organize and vote.

Let us commit to voting during this presidential election.

Let us commit to inviting friends to accompany us to the polls.

Let us commit to VICTORY in November!